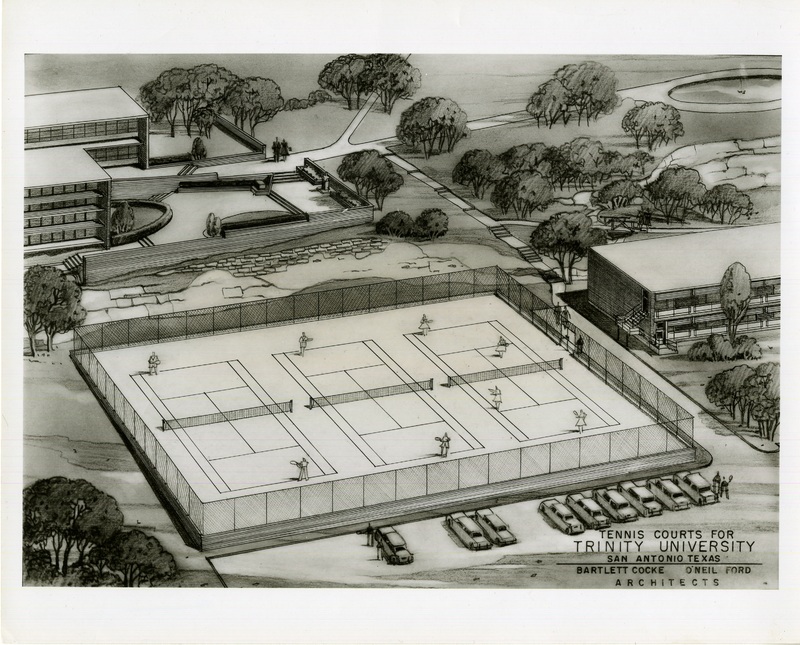 Tennis was one of the first acceptable women's sports because it was “feminine.” Tennis was popular amongst the upper-class, whose socio-economic status gave them access to coaching, courts, and transportation to the few women’s tournaments. Trinity, a small private school, attracted white middle and upper class students, so tennis was a popular sport. Before Title IX, there was a tension between schools and professional organizations allowing women to play sports, but not giving them the support of men’s sports. Two women, Karen Hantz and Marilyn Montgomery, won Wimbleton titles in the early 1960s. Though they received international status, Trinity did not claim them as official players when they were winning accolades. 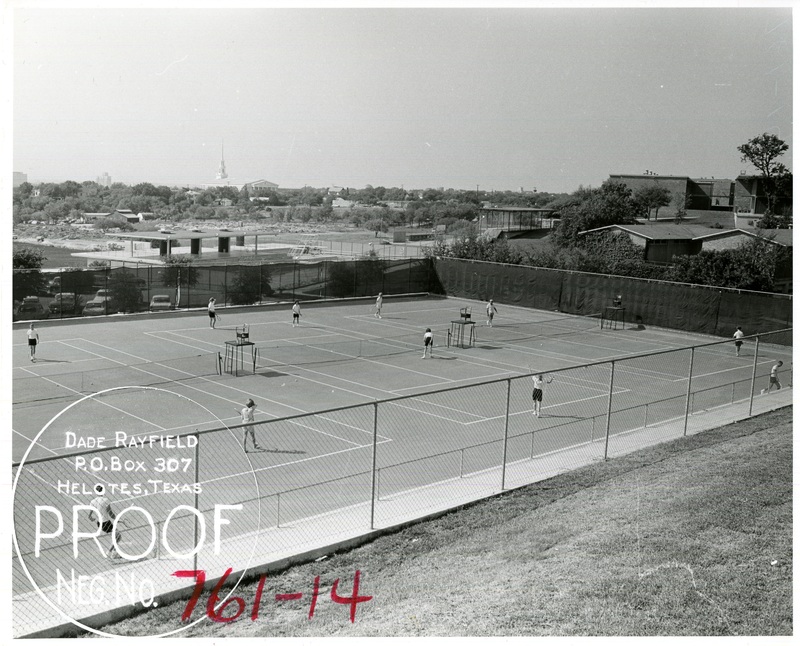 The men’s tennis team practiced on the varsity courts (just south of Storch Memorial Center) whenever they wanted. Emilie Burrer Foster, class of 1969, and other women played on the weekend when the men didn’t have official practice. Unlike today, where Trinity has the Pitman and Butch Newman courts as well, the only other place to practice tennis was on The Slab. Here, students could set up nets for tennis and volleyball. However, Emilie Burrer Foster, class of 1969, remembers that it was not a reliable place to practice because students barbecued and drank beer on it, with occasional intramural games. At this time, Trinity still treated the competitive women's extramurals—competitions with different schools and inconsistent coaching—with the same social connection and dismissal as intramurals. 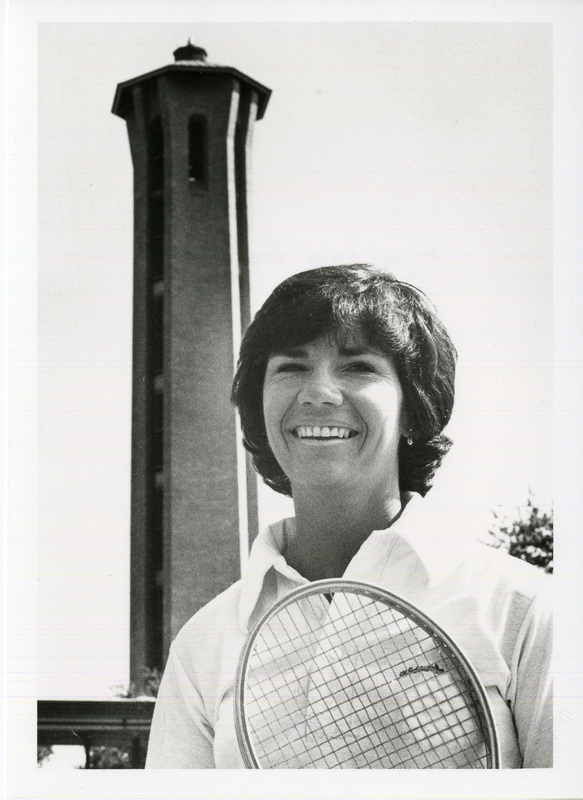 Burrer Foster said that there were four campus tennis courts, but they couldn’t play when the men’s tennis team practiced. Trinity built the George Delavan tennis center to host the 1968 NCAA men’s tennis championships. She and Becky Vest, class of 1969, practiced with the men for around a month before Coach Clarence Mabry—the men’s tennis coach—told them to practice somewhere else with no explanation. Burrer Foster and Vest had to practice at the McFarlin tennis center, which wouldn’t allow her to reserve courts because Trinity had courts, or wait until the men were off the court. Despite no stable practice location, balls, shoes, or uniforms, Burrer Foster won four USLTA (United States Lawn Tennis Association) championship titles.
← Fields and Courts
Softball Field →
Fields and Courts
Tennis Courts