Athletics on the Hill

In keeping with the slow rise of women’s sports teams across American universities, the current roster of Trinity women’s intercollegiate teams took years to reach. The first official intercollegiate women’s team was the tennis team, recognized in 1971 after years of sponsored tournament play. It wasn’t until 1974, two years after Title IX’s ratification, that Trinity saw other sports teams develop, such as volleyball and basketball. 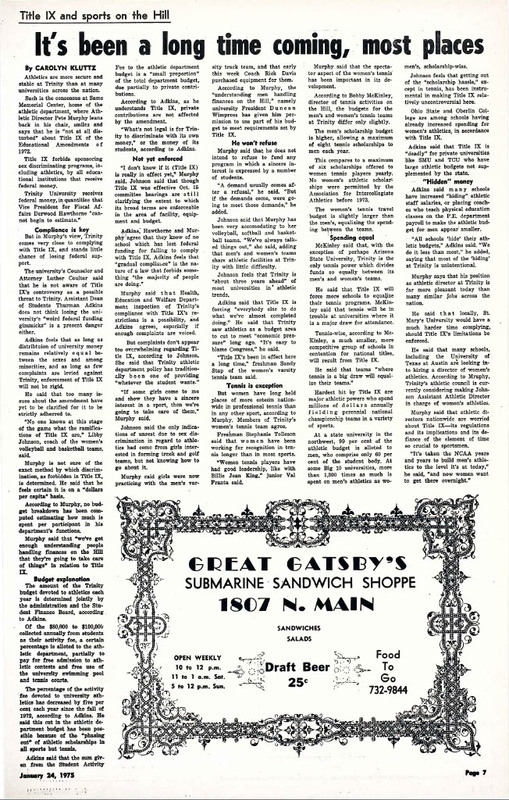 Even then, the women’s teams still struggled to receive the same respect as the men’s.  Furthermore, there were hardly any underrepresented athletes until the 1990s. It took the voices and actions of certain women for equality to start appearing. Women began petitioning for the creation of other female sports teams and writing in the Trinitonian about the injustices within athletics that discriminated against women. Trinity women athletes struggled with stereotypes that questioned femininity and with the lack of diversity on Trinity’s campus.

← Title IX: A Primer
Shattering the Athletic Mystique →
Athletics on the Hill