Serving to Start the Point 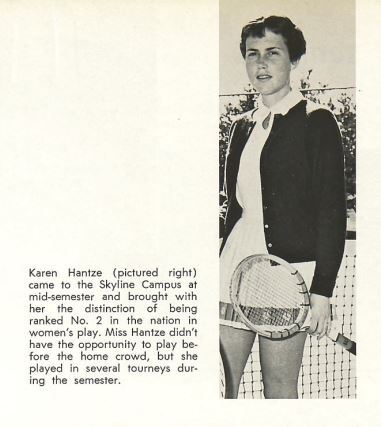 Up until the enactment of Title IX, women’s intercollegiate sports were treated like intramural sports at Trinity. Intramural sports only compete with other intramural teams at schools, have no recruitment, and are solely recreational.

It was only until Trinity women tennis players began competing independently that Trinity began to take note, riding on the wind of their achievements with notable women like Marilyn Montgomery in the 1950s and Karen Hantz Susman in the 1960s. 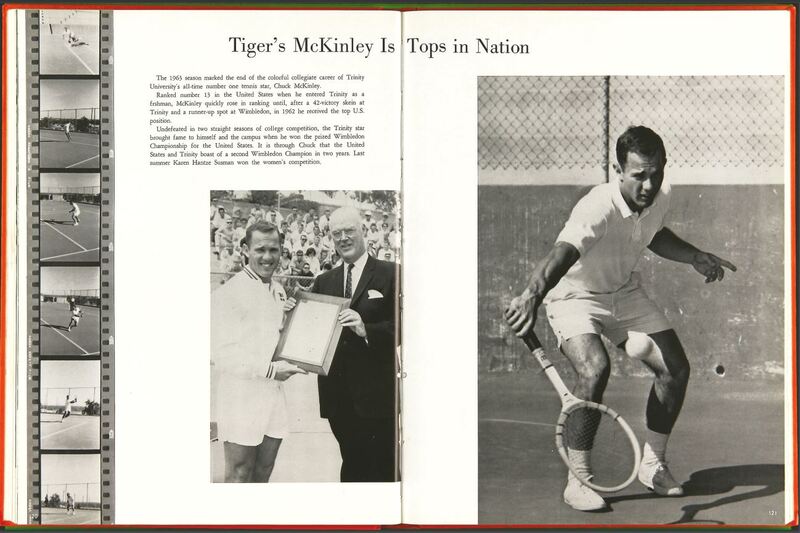 Even with the success of Karen Hantz Susman, it's clear where the attention was focused.  While Chuck McKinley was given a photo spread in the 1963 Mirage yearbook for his Wimbleton achievements, Susman could be seen as an afterthought, with the simple mention, "Last summer Karen Hantze Susman won the women's competition," at the end. 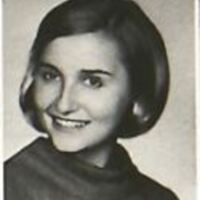 But it was because of the press communication on Karen Hantz Susman, that Sally Goldschmeding Branch came to Trinity expecting to play tennis for Trinity the fall of 1964. Click here to listen to her explain the perception of women's tennis that Trinity was promoting. 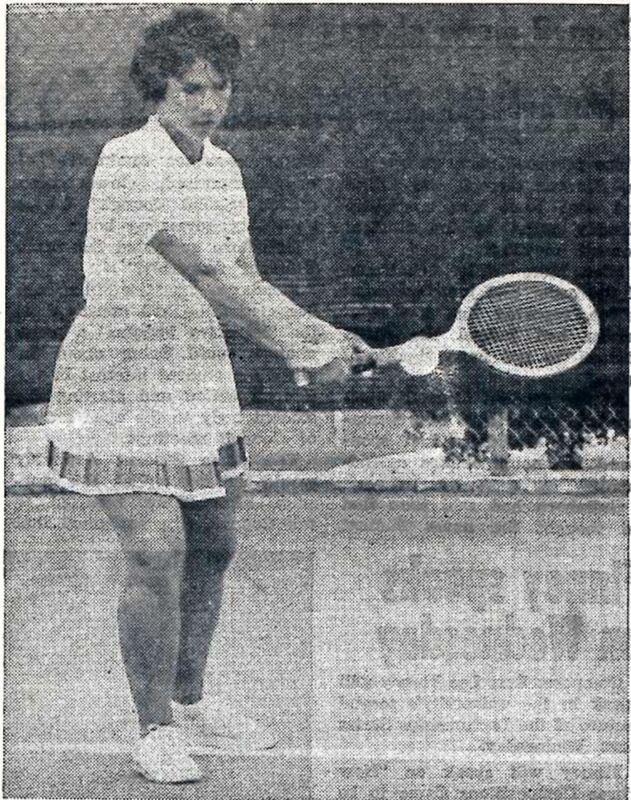 Emilie Burrer Foster, class of 1969, played tennis at Trinity when there was no official team or coach. While many programs were transitioning out of play days, women were still expected to maintain their femininity with cute skirts and especially a carefree, non-competitive attitude while playing. A woman playing aggressively shattered the expectation. Click here for her oral history quote. 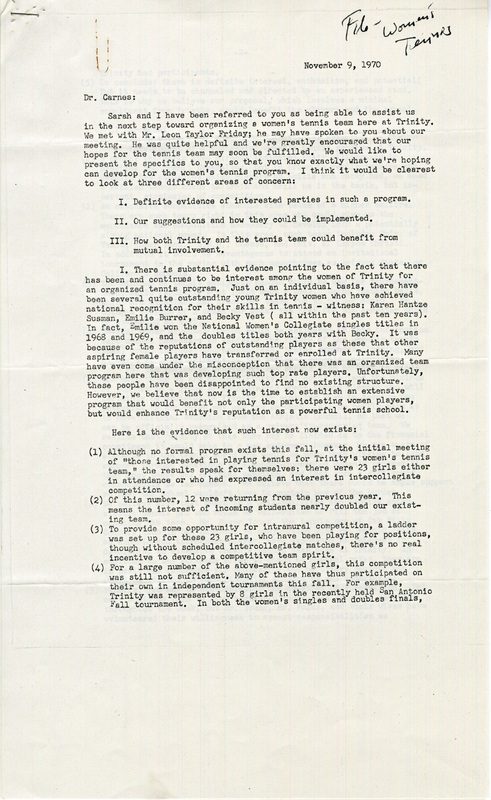 When Sarah Scott Mayo and Nancy Spencer came to the office of Shirley Rushing Poteet, a Trinity P.E. administrator from 1960-1995, she advised them on how to navigate the bureaucratic system of the athletic council. Rushing Poteet knew that the appeal would be most persuasive from the athletes who paid Trinity instead of herself who was paid by Trinity. The Trinity and local papers wrote nothing on the women’s tennis team but were well known for their performance in other cities. In contrast, the men’s team received lots of press, had prime access to the newly built courts and a full-time coach. Coach Clarence Mabry, the men’s tennis coach, said others often asked him about the Trinity women’s team. The unequal treatment pushed these two players to demand change. Click here for Rushing Poteet's oral history quote.