Women have been playing intercollegiate sports for decades, despite the struggles and inequalities they have endured to participate. Unlike their male counterparts, particularly those at Division I schools, female athletes rarely win fame or wealth for playing. Indeed, as the oral history interviews reveal, many Trinity women athletes competed for the love of the sport, rather than for accolades or write-ups in the newspaper. Undeniably, their love of their sport and their dedication to playing despite all of the barriers placed before them made these women “real” athletes.

Today, many of Trinity’s pioneering women athletes continue to fight for equality and to advocate for justice, and not just in the realm of athletics. Whether as a coach mentoring students, a conference commissioner expanding opportunities for women in Division III, or as a mother setting foundations for their children, Trinity women athletes reveal that their fight to prove themselves as "real" athletes galvanized them to be role models on campus and throughout the rest of their lives.

Portia Hoeg, class of ‘01, played basketball for three years at Trinity. Despite a difficult decision to not be a part of the women’s basketball team her last year, she was dedicated to the sport and still is today as a Division III conference commissioner. Looking back from where she is today and the journey she took to get there, she described how she came into her own at Trinity and now has a platform to make a difference in the world. Click here to listen to her oral history quote. 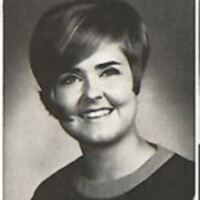 Betty Meadows, class of 1966, remembered her teammate Emily Burrer Foster for her kindness. Meadows describes Burrer Foster as someone who would work with anyone on the team at any time to improve their skills. Back when there was no coach, Burrer Foster would give her time to be a thoughtful teammate and help wherever it was needed. Burrer Foster’s four national titles in doubles and singles elevated the women’s team and influenced other talented players like Sarah Scott Mayo and Debby Darby to come to Trinity. Burrer Foster’s individual wins were influential, but her willingness to work with others created a team.

MEADOWS: Emily Burrer would work with you on any skill, any forehand, any backhand, any serve that was giving you trouble. She was just a really wonderful teammate. And she would give her time to coach any of us because there was no coach.