Over time, Trinity developed a combination of high quality athletics and academics, which gave their student-athletes the ability to play sports competitively while also pursuing a world-class education.

With no athletic scholarships available, all student-athletes are considered equals in their sports and are admitted to the university based on their academic merits. This also means that Division III student-athletes mostly pursue sports for their enjoyment of the game and not for financial benefits. Since these athletes are playing for their own passion, they can enjoy healthy competition on the court and prioritize their education.

For women athletes, who are less likely to take up professional careers in sports, the Division III experience provides a strong educational foundation and the chance to participate in campus offerings beyond athletics, such as internships and independent research. This allows student-athletes to take advantage of a range of professional opportunities after they graduate. 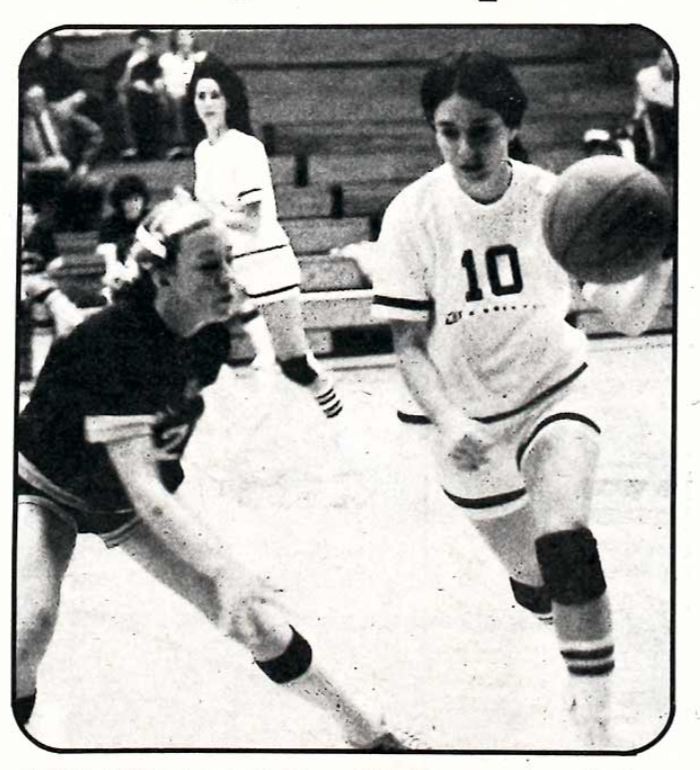 Mary Walters, class of 1979, discussed the importance of collegiate athletics. She remembered the sense of belonging and camaraderie that she experienced at practices and during bus rides to games. College is often the first time students are living away from their families, and having a team to rely on in tough times can create a home away from home. Click to listen to her oral history quote.

Walters also noted that student-athletes fare well after graduation. She placed considerable emphasis on how Division III supports the full development of student-athletes, because schools expect students to excel in classes, providing them a foundation for future success. However, college has become much more expensive in the past half-century and without athletic scholarships, some students cannot afford to attend. Click here to listen to her oral history quote.

Trinity provides a high-quality experience for student-athletes on and off the field. Division III athletics has opened doors for student-athletes to be involved in their campus and community environments. With Trinity’s reputable athletic programs, the role student-athletes play in the community is very interactive and important. In Trinity women athlete’s future lives, it is obvious that the foundation of local commitment results in a continued effort to make a positive impact in the communities they live in today. See section Beyond the “Real” Athlete for more information on this topic.

Amy Waddell Stewart, class of 1994 (undergraduate) and 1997 (graduate), said that the care Coach Julie Jenkins took in organizing her recruiting visit was vital in her decision to commit to Trinity. Waddell Stewart appreciated being seen as someone deeply spiritual and human, rather than as just a volleyball player to add to a team roster. The Division III philosophy allows coaches and athletic programs to nurture students holistically and to see them in all of their many dimensions.

As Waddell Stewart recounted, "It was somewhat different, and really cinched my decision to come to Trinity. Julie was extremely thoughtful. I believe at the Division III level, you have to recruit the whole person, not just the athlete. And so when I went on recruiting trips to the other schools, the coaches had me stay with players, and those players on a Wednesday afternoon or Wednesday evening in the middle of the school year took me out to parties where everybody was getting drunk and doing all sorts of different things. And that was not my scene at all. And Julie did her research. And I'm not sure if she talked to my coach or to whom she spoke, but she set up for me to attend a Young Life leadership training meeting, because Young Life was an important part of my high school experience. And when I was there, I met some people who were friends of friends, and it felt very much like this place could be my home. And so I think her research and attention to that kind of detail helped me to understand that she cared about who I was more than just as a volleyball player."