Even though women’s sports were progressing, diversity within women’s sports remained inadequate until the 1990s. The women of color who did participate in sports often fell into the stereotype of only playing certain sports, like playing basketball or running track. While women as a whole are already a minority in sports, BIPOC women face even more systems of oppression that make them even more of a minority, especially at a predominately white institution (PWI) like Trinity. Matters that are not addressed today at Trinity, including race, class, and sexuality, were not addressed early on in Trinity women’s athletics either. For example, tennis was a top sport for women at Trinity, yet the tennis clubs where women learned to play before and during college tended to be private, creating class barriers that shut poorer women out of the sport. 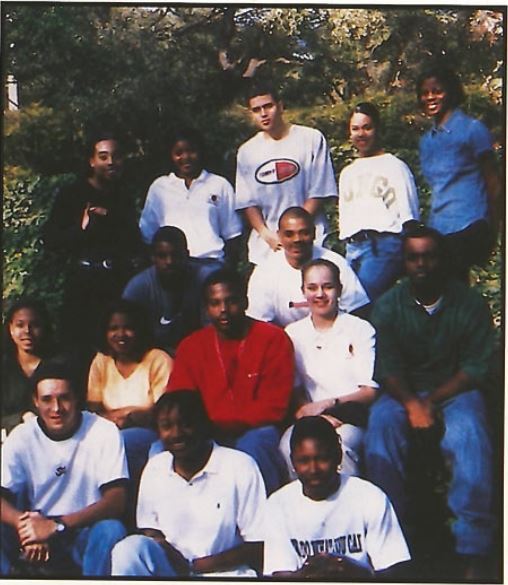 Although sports sometimes perpetuated prejudices and ignored the significance of intersectional identities, they can also bring people together. At Trinity, participating in women’s athletics brought female athletes together and helped give them a voice on campus. Historically, gender stereotypes and inequality have undermined women’s efforts to participate in sports, get athletic coverage, have access to equal athletic facilities, and be seen as equals in the sports world. For many years, the university community silenced or ignored women’s voices, especially the voices of women of color.

Portia Hoeg, class of 2001, expressed that she did not feel heard on campus. She was president of the Black Student Union (BSU) on campus and says that there was little to no attention given to the organization. Hoeg also describes having to talk to recruits about the lack of diversity on campus. Click here for her oral history quote.

Yanika Daniels, class of 1996, remembered the tension of campus cultures that caused constant distress and a desire to transfer from Trinity. Daniels loved the “spirit of excellence,” but struggled with the constant racism that Trinity’s population of Black students faced. In 1990, the U.S. Census Bureau reported San Antonio residents were 55.6% Hispanic/Latino, 32.6% non-Hispanic White, and 7% Black. However, Trinity’s majority white student body did not reflect the racial diversity of San Antonio and isolated the few students of color, specifically Black students, on campus.

DANIELS: I spent so much time in [Tucker] Gibson's office. He was my counselor, my academic advisor I guess, or my counselor. And I spent so much time in his office just saying, "I have to leave." Like there were times that I just really didn't think that⁠—I don't know, it was almost like survival in a lot of ways. There were lots of things going on, on campus. At that time, we still had problems with⁠—there was a period where the minority students, particularly the African American students, were requested to give security a copy of our ID so that they wouldn't stop us on campus at night. And we had people who were students⁠—we had a student who was arrested on campus in front of her siblings. I mean, it was a tough time.

The experience of underrepresented women athletes should be considered much further than the span of this project alone. Still, hearing about some of their experiences can be eye-opening. They were women struggling with the same inequities as other women, but on top of that, they were dealing with issues of race as well. 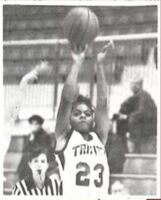 Yanika Daniels ‘96 reflecting on being Black at Trinity Click here to listen.

Portia Hoeg ‘01 comments on a situation she experienced regarding a racial slur at Trinity. Click here to listen.

← Running up that Hill
The Depth of Division III Athletics →
Athletics on the Hill
Problem Then, Problem Now